NASHVILLE, TN (January 5, 2015) — While 2015 may have just begun, Superstar TIM MCGRAW and Big Machine Records are continuing the celebration by scoring the #1 song in the nation with “Shotgun Rider” on both the Billboard Country and Mediabase charts. McGraw logs a 4-week run at #1 on Mediabase, with a 3-week run at the pinnacle on both Billboard Hot Country Songs chart and Billboard Country Airplay. Written by Marv Green, Hillary Lindsey and Troy Verges, “Shotgun Rider” signifies McGraw’s 36th career chart-topper and remains the current best-selling song on the iTunes Country Singles chart, with over 500,000 copies sold. The fete marks McGraw’s 27th #1 on the Billboard Country Airplay chart, which is the most of any artist in the chart’s 25–year history.

“Shotgun Rider,” the third single off of SUNDOWN HEAVEN TOWN, McGraw’s second album on Big Machine Records, has become McGraw’s longest-running #1 in 10 years, since his massive hit “Live Like You Were Dying. He teamed up with award-winning director Bennett Miller (Moneyball, Capote) for the music video, which was filmed during a show at the Hammerstein Ballroom at the Manhattan Center as part of the American Express Unstaged.

McGraw earned two GRAMMY nominations for his previous 2014 hit single “Meanwhile Back Mama’s,” featuring wife Faith Hill. The song is nominated for Best Country Song and Best Country Duo/Group Performance at the awards which air on February 8, airing on CBS.

His iconic career achievements include being named BDS Most Played Artist of the Decade for all music genres and having the Most Played Song of the Decade for all music genres with “Something Like That.”  He is the most played Country artist since his debut in 1992, with two singles spending over 10 weeks at #1 (“Live Like You Were Dying” and “Over and Over”).  His critically acclaimed acting skills were highlighted in the award winning Friday Night Lights and The Blind Side and he can next be seen in Disney’s Tomorrowland in theaters on May 22, 2015.   For more information, visit timmcgraw.com. 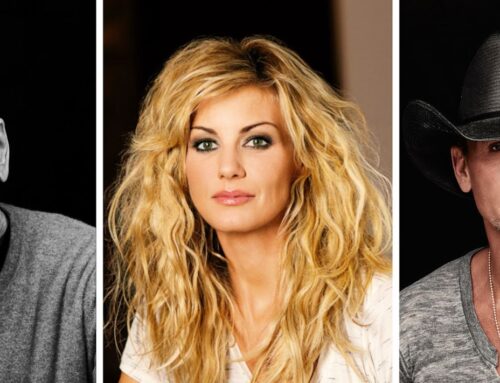